Show/Hide
For up-to-date information about the Coronavirus in the Amarillo area, please visit www.amarillopublichealth.org. 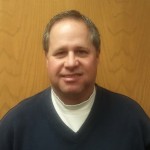 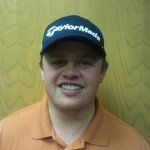 David was born in Albuquerque, NM, then in 1996 moved to Amarillo. He started playing golf at the age of 15. David started his golf career at Comanche Trail after he graduated high school from Caprock in 2002. In 2009 started the PGA/PGM program and in March of 2014 graduated from the PGA/PGM and earned his Class A PGA membership. 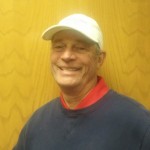 Jerry has been on the local golf scene for 53 years. He played golf at Amarillo High School, West Texas State University, and even professionally before returning to play in Texas panhandle tournaments where he was one of the best players in the region for several years. In 1997, he retired from competition and began teaching at Comanche Trail. He enjoys teaching all levels of players, and in March of 2014 earned his Class A PGA membership.

Tim has been a golf course superintendent since 1981 and in his current position at Comanche Trail Golf Course since 1999. He has been an active member of the West Texas Golf Course Superintendents Association since 1993 and an active member of the G.C.S.A.A. since 1997. Tim got his start in the golf business at a very early age. His father, Dude Kinkade who retired from the City of Amarillo in 1999, was in the golf business for 54 years, so you can see Tim was around golf all his life.

Benny was born and raised in Hereford Texas. He began his career in golf course maintenance in 1981 at the John Pitman Municipal Golf Course. In 1992, he started work with Comanche Trail as an irrigation tech. In 1997, he was promoted to his current position assistant superintendent. He has been married to Peggy since 1984 and the couple has 3 children, Lindsey, Leann, and Kyle.